I came across this amazing and most magical video on TED and just had to share it. I hope you enjoy it as much as I did.

Harry Potter and the Deathly Hallow 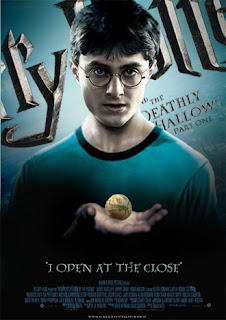 I wasn't quite ready to stand in line all day to see the midnight showing of Harry Potter last night but I was certainly there for the 6:00 pm showing tonight. Both my daughters had dressed up and attended the opening last night and they LOVED it. Did it live up to the hype? Well, I thought it was visually stunning and there were several times when I jumped and caught my breath. I have to say, I thought it was brilliant.
Posted by Tricia McWhorter at 9:46 PM No comments:

Email ThisBlogThis!Share to TwitterShare to FacebookShare to Pinterest
Labels: Harry Potter and the Deathly Hallow


Watch this video, and a child in need gets life-saving insulin.

That's all you have to do. Just watch. Every view = a donation.

I have a lot of people I know and love who are personally affected by this disease, and more people are diagnosed everday.

Thanks to Ginger at The Seamstress of Avalon for bringing this to my attention.
Posted by Tricia McWhorter at 2:19 PM 1 comment: 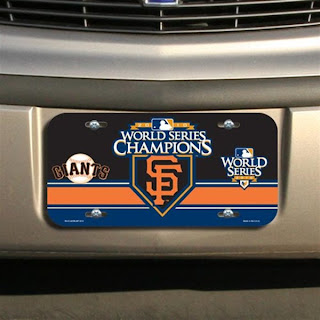 In Shamanic tradition the veil between the living and dead is at its thinnest on El Día de los Muertos, also known as the Day of the Dead.
Monday night was that night. I witnessed the San Francisco Giants win the World Series for the very first time and while my husband and I jumped up and down, screamed with joy and high-fived each other in front of the television screen, I had the strongest sensation that my dad was jumping up and down in the room with us.
If ever there was a die-hard Giants fan, it was my dad. "This will be their year, the year they go all the way!" he'd say with conviction at the start of every Spring. "Maybe next year they'll do it," he'd say wistfully as we'd watch two other teams head into the World Series at the end of the summer. Throughout baseball season, if he wasn't sitting in front of the TV watching the Giants play and explaining to me how the game worked, his transistor radio was always at his side. Gardening or working on our house, the warmly familiar voices of Russ Hodges and Lon Simmons danced together over the roar of the fans and served as background music whenever the Giants played. Even now, I can't think of baseball without thinking of my dad who died over nineteen years ago.
"This one's for you too, Dad," I thought last night. And I'm sure my dad wasn't cheering alone out there in the ethers. What a perfect night for all the souls who'd agonized throughout the years, who'd cheered the Giants on only to see the prize slip away. Finally, Monday night, the veil parted and the team they loved had won at last.
And this particular Giants team, this unique group of guys, would have been a team my dad could really identify with. They were his kind of boys—scrappy, tenacious, hard working and invested in one another. They won because they worked together as a team, the whole being far greater than the sum of its parts. They won because they had heart. They won because they believed. And perhaps they won because they felt the love from the visible AND invisible fans like my dad.
Posted by Tricia McWhorter at 4:05 PM 3 comments: