Lost in a Corn Maze 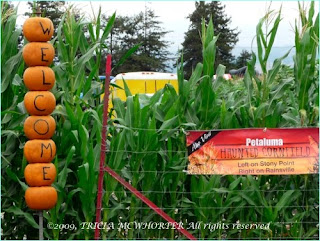 Today I went with my daughter Krissy and my husband to the Petaluma Pumpkin Patch and Amazing Corn Maze. The corn maze is gigantic. It was four acres! The maps they passed out were a joke—little postcards. Within the maze were four different areas where five rows converged, like the spokes of a wheel. We kept meeting the same lost groups of people along the way. 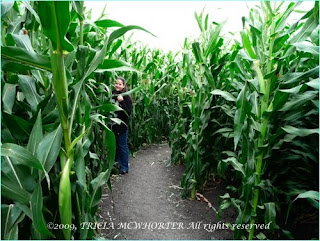 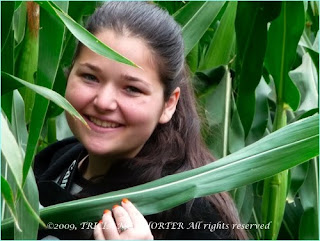 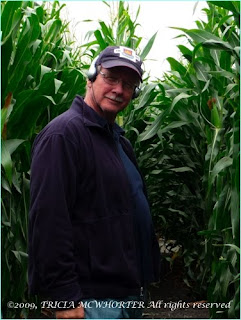 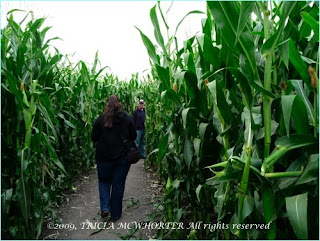 At first it was funny. Some clever folks tried to mark their path with leaves from the corn stalks but these were quickly scuffed to the side by the foot traffic. One group dropped m&m's along the way but I think they ran out. Someone else dropped little yellow post-it notes. I saw one woman trying to keep track of where she'd been by marking the postcard with a pen. None of these techniques seemed to work as we continued to encounter the same people over and over and over again. 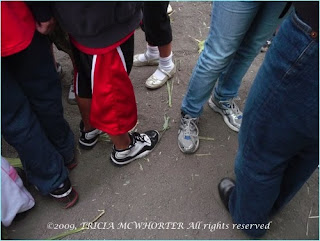 You could tell by the conversations that some people had been there a very long time and were beginning to get frustrated. And tired. And crabby. One woman said she was having flashbacks of Children of the Corn. My husband, who was wondering why he'd paid five dollars to become hopelessly lost, tried to use the GPS on his iPhone but discovered we were just a blinking dot on a field of gray. Finally, at his suggestion, I tried the compass on my iPhone. It was only a little more helpful. 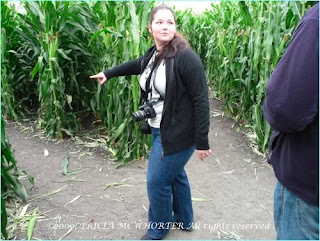 Eventually, after an hour, we began to "cheat" by cutting through the rows, aiming for daylight. 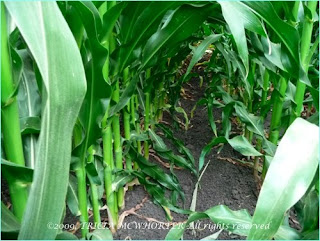 When we finally stumbled out, having managed at last to find the entrance, we heard a lot of whooping and hollaring off to our left. It was one of the groups we'd kept encountering inside. They'd just managed to find their way out through the exit. We were all pumping our fists in the air like we'd really accomplished something grand.

I guess they operate the maze at night, sometimes, too. Don't think I'd like to try that. One woman we encountered was so pregnant she looked like she might pop. Nope. Wouldn't want to try it that way either.

All in all, and I can say this only because we made our way out, it was a lot of fun.

The piles of pumpkins and gourds they had for sale were awesome. Such gorgeous variety! We found two we liked in the big pumpkin field and used a wheelbarrow, which they provided, to haul them to our car. 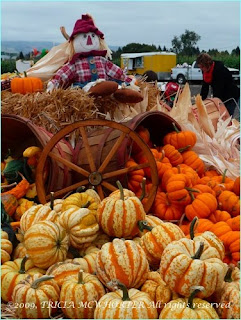 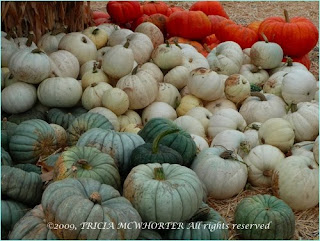 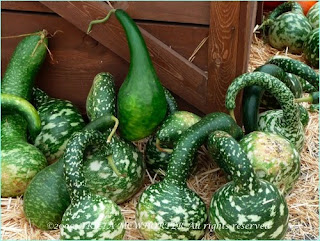 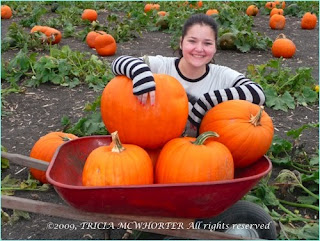 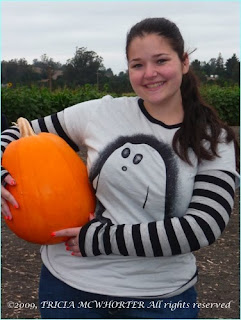 Can't wait to start decorating at our house!!
Posted by Tricia McWhorter at 5:03 PM