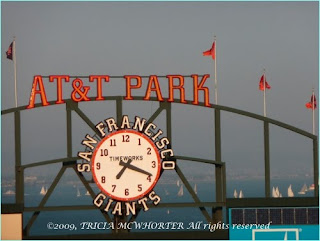 Last Friday night my husband and I went to see the San Francisco Giants play the Cincinnati Reds. I am a big Giants fan.

I have fond memories of being in the backyard when I was very little. My dad would be gardening and listening on his transistor radio to the voices of Russ Hodges and Lon Simmons—the voices then of the SF Giants. Friday night they were honoring the current "voice"—Jon Miller—and we got a bobblehead of him. Bobbleheads are really rather strange looking creatures, I have to say, but it was cool anyway. 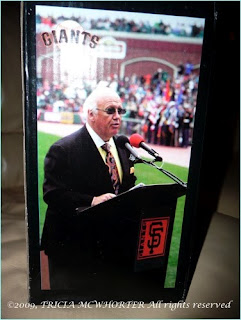 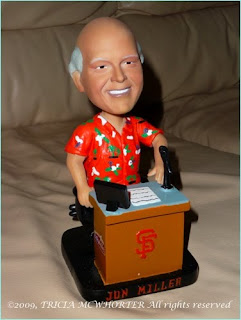 You never know how the Giants will do. Friday I was excited to see Tim Lincecum pitching. He's a pretty amazing kid and he did great, however, in the eighth inning our team turned into a bunch of clowns, made five errors and we ended up losing 10 - 5. 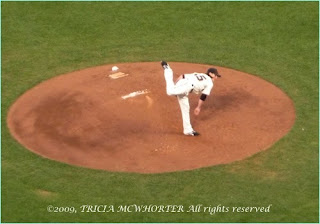 Oh well, the Giants might let me down but AT&T Park never does. 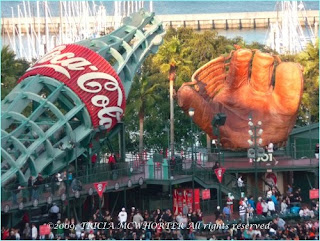 We arrived when it was light and I snapped this photo from behind the scoreboard. 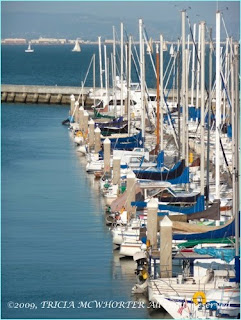 We were up awfully high but managed to avoid nose bleeds AND were able to see a pretty amazing panoramic view of San Francisco Bay. 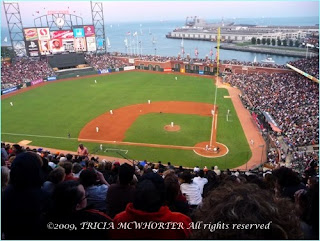 The sailboats races were going on in The Bay. 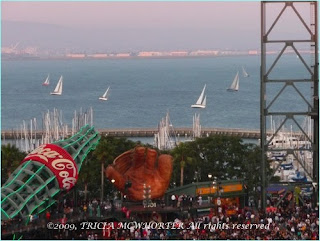 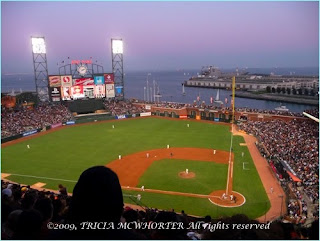 So did the cotton candy. 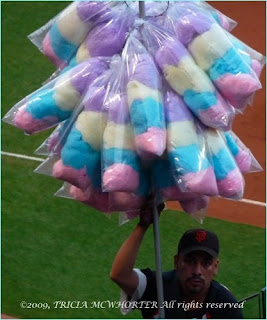 I think the park is even more beautiful at night. 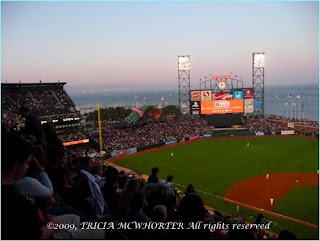 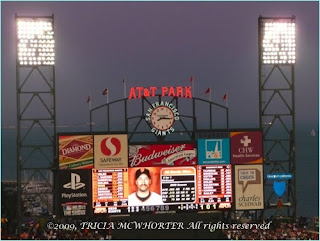 The fog rolled in. 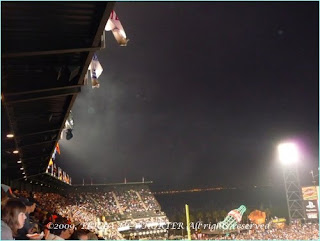 And then the moon rose. 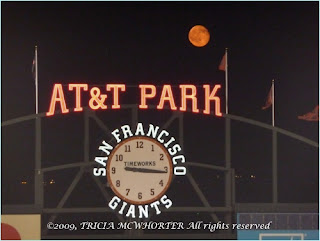 When we left the game we looked up into the palm trees just outside the park. 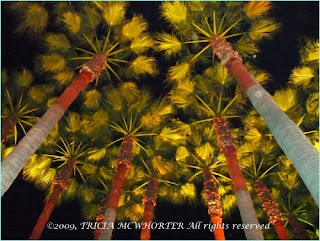 We didn't win the game that night, but with views like these I'd say we did pretty well.
Posted by Tricia McWhorter at 8:58 PM