Saturday was pretty amazing. My husband, daughters and I headed to Rubicon Estate Winery as part of the contingent from the Northern California Screenwriters (a group I am a part of.) We were there to hear readings from Francis Ford Coppola's short story on which his latest screenplay, Tetro, is based. We really didn't know what to expect. 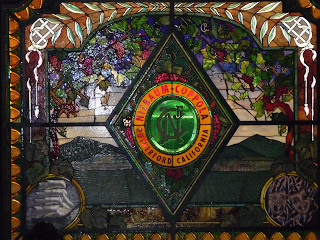 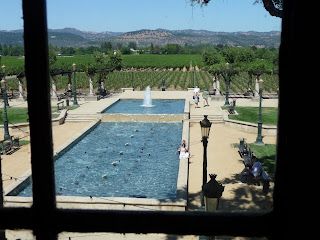 The winery is beautiful. When we arrived we were offered a complimentary glass of wine and then we headed to a dimly lit cellar where there were a few tables with chairs. A reading from Zoetrope: All-Story (Coppola's literary magzine) of "The Nice Little People", by Kurt Vonnegut was in progress. It was accompanied by an artist doing a charcoal sketch that illustrated a scene from the story and by someone playing an odd instrument that made eerie noises. I noticed a quiet man sitting alone in the back corner at a table marked "Reserved." He looked an awful lot like Francis Ford Coppola. I kept wondering, is that HIM???

We quietly found seats, but not together. During the reading I discovered that one of my daughters, Bri, was seated next to the gentleman at the "Reserved" table. (She later told me that he noticed her looking for a seat and offered her one at his table.) When the reading ended we were invited to enter the small room behind the cellar that was warmly lit and lined with dusty bottles of wine from the 1930's. The room had an oriental carpet, several chairs and two velvet sofas. I think there were ten of us in the room altogether.

It turns out the mysterious gentleman was indeed Mr. Coppola. When we entered the second room he was talking to Bri who was now seated next to him on one of the sofas. I watched as he pulled out his iPhone. He was showing her photos of his granddaughter. He asked Bri all about the play she'd just finished—The Tempest—and then asked what her costumes looked like, whereupon both my husband and I pulled out our cameras and showed him photos we'd taken of her play. He was absolutely charming. My husband took some photos of him with Bri. 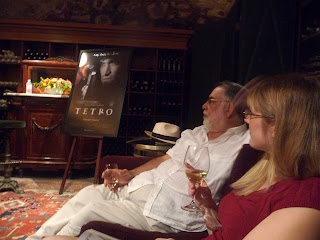 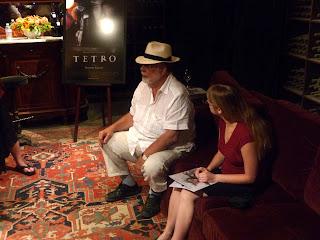 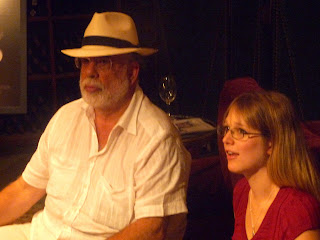 I took a photo of him with my other daughter, Krissy. (She wrote a very interesting post on her blog, Thinking Of Blue, that you might want to check out.) 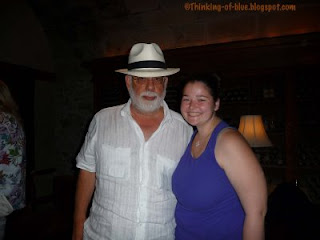 We listened to the reading from his story "Tetro" which appears in the Summer 09 edition of Zoetrope: All-Story. After the reading Mr. Coppola suggested we might want to check out his collection of magic lanterns which was upstairs. These lanterns were the precursors of our modern day movie projectors. Upstairs I also found a Tucker! This is one of the 51 vehicles that were produced. Coppola's movie, "Tucker", tells the story of Preston Tucker and his vision for this car. 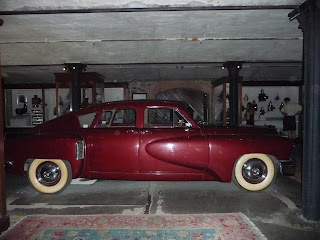 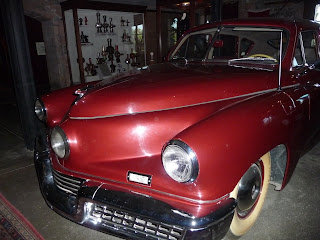 Last night Bri and I went to see the film, "Tetro", at The Rialto Theater in Santa Rosa. Coppola wrote, produced and directed it. "Tetro" was a fascinating film with intriguing themes and visually arresting images. We both really enjoyed it.

All in all, it was a real "Dear Diary" kind of weekend.
Posted by Tricia McWhorter at 12:00 AM