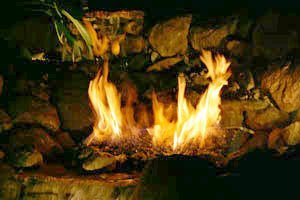 Life has been full. A week ago tonight I celebrated the Summer Solstice at a drumming circle in Santa Rosa. I have always loved the sound of the drums, especially native drums. There's just something magic about the sounds of drums outdoors. Part of last Friday's solstice ceremony was to write down on a piece of gray paper something in your life you were ready to let go of. While the drums were beating you were to throw your paper into the fire and release whatever you'd written down. You were also supposed to write down on a golden piece of paper something you intended to accomplish or bring into your life during the next six months. You were supposed to take that piece of paper home with you and put it up on your bulletin board or fridge or somewhere to remind you of what you want to manifest in your life. Being as I was all caught up in the spirit of the moment and the sound of the drumming, I missed that last little piece of the directions. So while the drums were thundering I danced up to the fire pit and tossed both papers into the flames, thus releasing them both to the Universe. I'll let you know in six months, come Winter Solstice, just how that all worked out.
Posted by Tricia McWhorter at 11:21 PM